Construction is the process of creating and building infrastructure or a facility.

Construction differs from manufacturing typically that involves mass production of similar items without a designated purchaser, while construction is typically done on location for a known client. Construction starts with planning, design, and financing and continues until the project is constructed and ready for use.

In general, there are three sectors of construction: buildings, infrastructure and industrial. Building construction is usually further divided into residential and non-residential (commercial/institutional). Infrastructure is often called heavy/highway, heavy civil or heavy engineering. In the modern industrialized world, construction usually involves the translation of designs into reality. A formal design team may be assembled to plan the physical proceedings, and to integrate those proceedings with the other parts. The design usually consists of drawings and specifications, usually prepared by a design team including Architect, civil engineers, mechanical engineers, electrical engineers, structural engineers, fire protection engineers, planning consultants, architectural consultants, and archaeological consultants. The design team is most commonly employed by (i.e. in contract with) the property owner. Under this system, once the design is completed by the design team, a number of construction companies or construction management companies may then be asked to make a bid for the work, either based directly on the design, or on the basis of drawings and a bill of quantities provided by a quantity surveyor. Following evaluation of bids, the owner typically awards a contract to the most cost efficient bidder. The modern trend in design is toward integration of previously separated specialties, especially among large firms. In the past, architects, interior designers, engineers, developers, construction managers, and general contractors were more likely to be entirely separate companies, even in the larger firms. Presently, a firm that is nominally an “architecture” or “construction management” firm may have experts from all related fields as employees, or to have an associated company that provides each necessary skill. Thus, each such firm may offer itself as “one-stop shopping” for a construction project, from beginning to end. This is designated as a “design build” contract where the contractor is given a performance specification and must undertake the project from design to construction, while adhering to the performance specifications 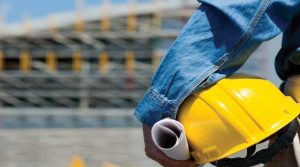